The Rock is seriously thinking about that 2020 run for president 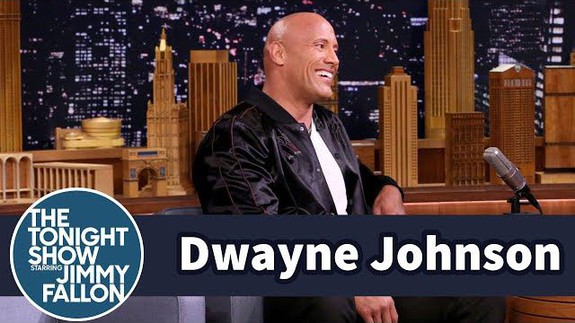 Maybe the world will go easier on Jimmy Fallon after he got Dwayne “The Rock” Johnson to admit that, yeah, he’s mulling a run for president in 2020.

Talking with Fallon on The Tonight Show about GQ’s recent article “Could The Rock Really Win a Presidential Election?” in which Johnson admitted he’s considering the candidacy, Johnson said, “The surge and the groundswell since then has really been amazing.”

SEE ALSO: Here’s how The Rock landed a role in the ‘Fast & Furious’ franchise

He followed up by citing the PPP poll that had him beating Trump in a hypothetical election. “I’ve really been blown away,” said the 10-time WWE World Champion. “It’s so flattering.” Read more…