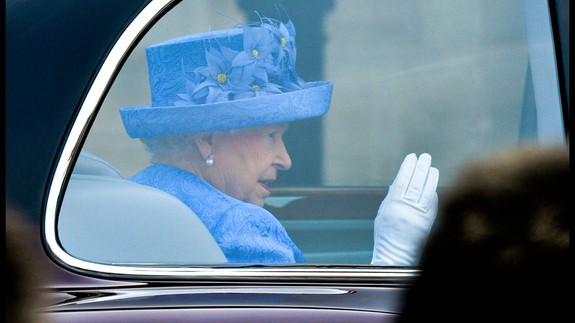 Someone snitched on the Queen to the police for not wearing seatbelt. Yes, really.

SEE ALSO: People think the Queen’s choice of hat has a hidden meaning

Some concerned dude had the exhilarating idea of calling 999 — the UK’s emergency-only service — and reported Elizabeth, Queen of the United Kingdom and the other Commonwealth realms.

Our eagle-eyed friend noticed the Queen was not strapped in while on the way to the state opening of parliament with Prince Charles. He then thought he’d report the “incident” to West Yorkshire Police.

The phone call was confirmed by the West Yorkshire force, which rightly added the hashtags #not999 and #notevenwestyorkshire to a tweet about the incident: Read more…