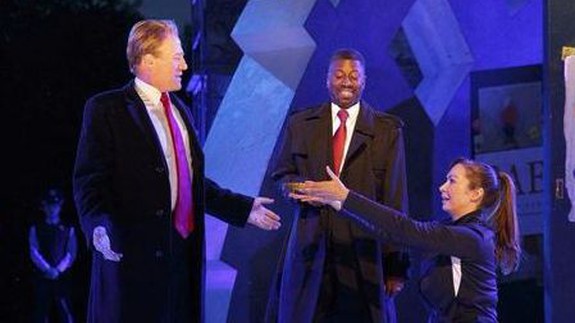 It’s been a rough day for artistic expression.

After The Public Theater — the New York City not-for-profit arts organization responsible for producing Shakespeare in the Park — chose to dress its Julius Caesar in a blonde wig and a large tie — similar to America’s very own president — conservative Trump fans took great offense (catch up on the controversy here).

In lieu of the unconventional Julius Caesar portrayal, on Monday morning, reports surfaced that Delta and Bank of America were pulling their funding for the theater, and since then, the National Endowment of the Arts (NEA) has also distanced itself. Read more…

More about Theater, Entertainment, and Politics