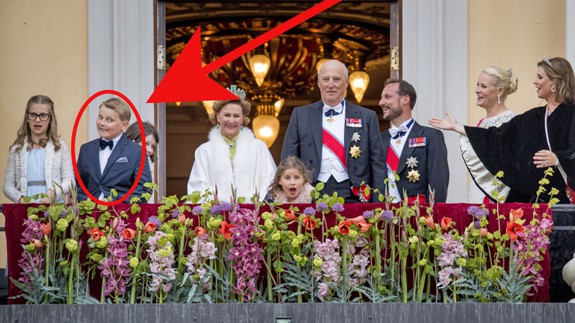 Forget George, Charlotte, and all of those smug British royals.

Enter Prince Sverre Magnus, 11, who busted into a dab during the 80th birthday celebrations of his grandparents, King Harald V and Queen Sonja:

MEDIA: The Prince of Norway during a royal ceremony pic.twitter.com/yAGpUJH2XX

The internet was ready for this.

Enough of George pretending to be nonchalant (while he’s obviously concerned about Brexit, like all of us) or dressing up as a sailor (who dresses up as a sailor anyway?!?).  Read more…

More about Family, Royal, Dabbing, Dab, and Prince Of Norway