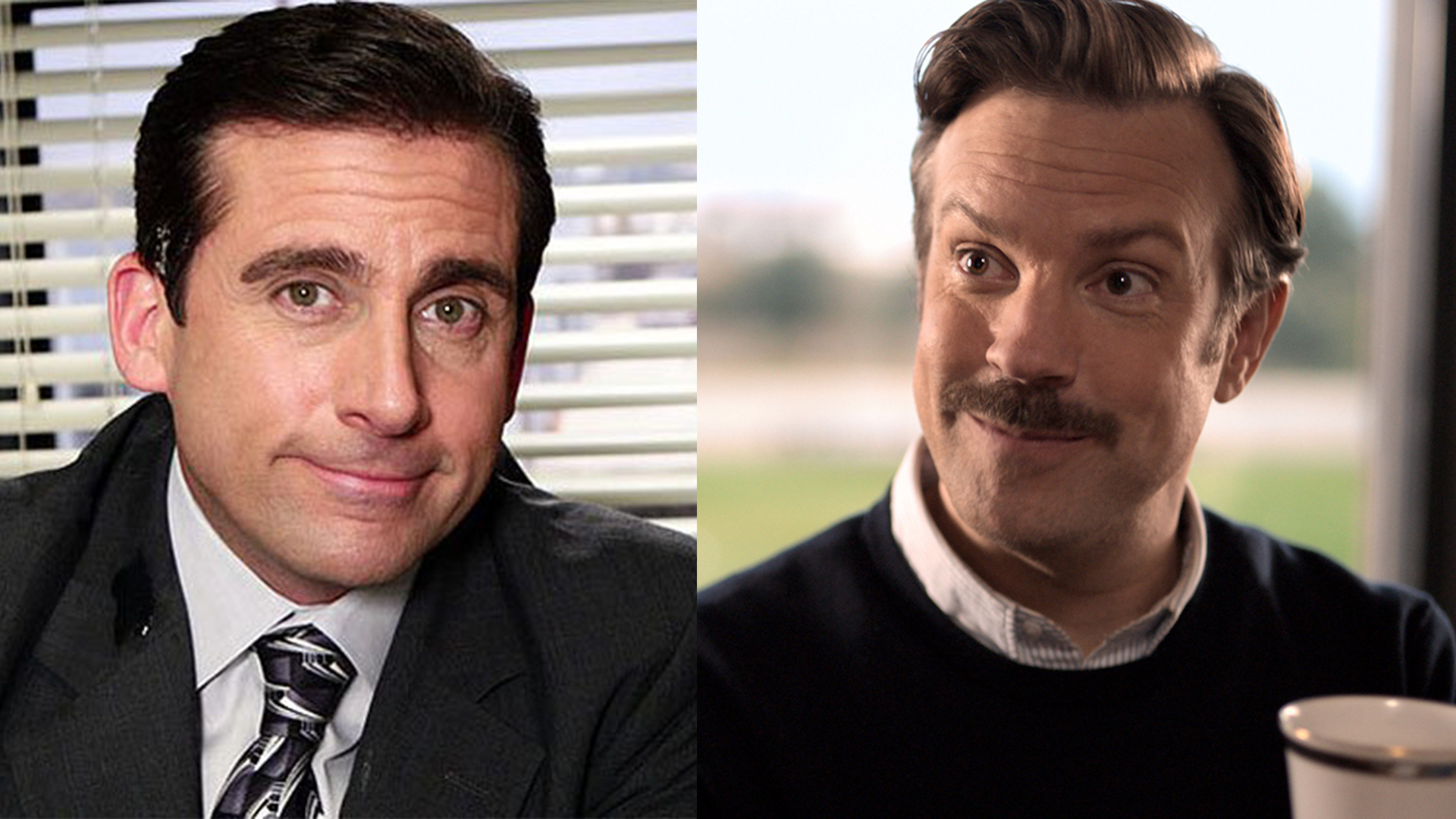 If you’re a fan of The Office, you probably love the Apple TV+ comedy Ted Lasso, too.

Both shows are laugh-out-loud funny and have you rooting for hapless fictional characters, and if you look hard enough you may even see some parallels between Michael Scott and Ted Lasso.

On the latest episode of the Office Ladies podcast, former co-stars Jenna Fischer and Angela Kinsey chatted all about Season 5 episode, “New Boss,” and made some pretty on-point Ted Lasso comparisons. Turns out the two pals are huge fans of Jason Sudeikis’s Emmy-winning comedy, and one Office scene in particular sparked their discussion.

For those who need a refresher, “New Boss” features a very special guest star: Idris Elba. The actor and DJ plays Charles Miner, Michael’s new boss. In an attempt to welcome Charles to the office, Michael prepares a breakfast of C-shaped bagels, which are just regular bagels with chunks cut out of them so they resemble the letter “C.” (Of course, C stands for Charles.)

It’s an extremely Michael move, but ask yourself: Would Ted Lasso do the same?

“I have to say, when I saw this, I thought this was a very Ted Lasso move. Couldn’t you see Ted Lasso like making all the bagels into like a certain letter? Am I crazy?” Fischer asked.

“[Ted] and Beard doing something like this,” Kinsey replied. “It’s a Ted Lasso. I can see it.”

“And this just got my brain sort of thinking about how there are actually a lot of things that Michael does that Ted Lasso also kind of does,” Fischer continued.

“But he does it better and more appropriate,” Kinsey laughed. “You guys, we’re talking about the show Ted Lasso with Jason Sudeikis. Bill Lawrence executive produced the show — he’s amazing.”

“It just won a gazillion Emmys,” Fischer, now in full fangirl mode, said before arguing her case a bit more.

“I was just watching an episode the other day where Ted Lasso is like riding a lawn mower with a guy. Couldn’t you see Michael Scott doing that?” she asked.

“I was seeing some parallels and it was kind of charming me. And I think also because I thought it was kind of cute that [Michael] made the bagels into a C,” Fischer said.

“I did, too,” Kinsey said before noting that Michael’s build up for the bagels was a bit over the top.

“His presentation of it was so sad. It was just on a bunch of paper towels,” Fischer noted. “Ted would have had them on a tray, and that would have made the difference.”

“Yeah. And he’s also Ted and not Michael. Anyway, we both love Ted Lasso, if you can’t tell,” Kinsey said.

What do you think Office and Ted Lasso fans? Do the two main men share some similarities?

Be sure to listen to the full podcast to hear more behind-the-scenes stories from filming “New Boss.”

You can stream episodes of The Office on Peacock and follow along with the podcast every week on Earwolf, Apple Podcasts, or Stitcher.