The NFL just did something awesome and unexpected, really, we’re not kidding 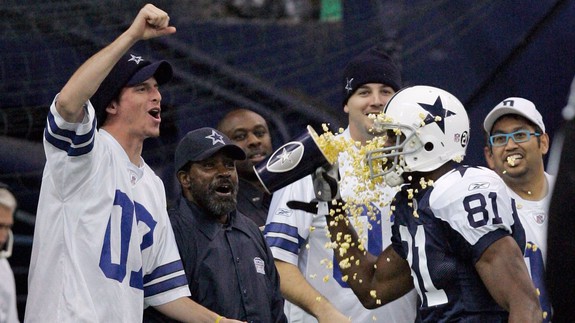 The NFL’s extremely uptight attitude toward touchdown celebrations has long been a source of both frustration and mockery for football players and fans alike.

But Tuesday brought good news for those who feel NFL football should include human emotion: The league has opened up its restrictions on the cheeky celebrations that light up social media but used to bring big fines.

(One of our favorite touchdown dances, however, remains illegal — but more on that in a minute.)

This is the button-down, corporatized NFL though — so even league commissioner Roger Goodell’s notice announcing the new guidelines read like something composed by a robot with good-but-not-great artificial intelligence.  Read more…