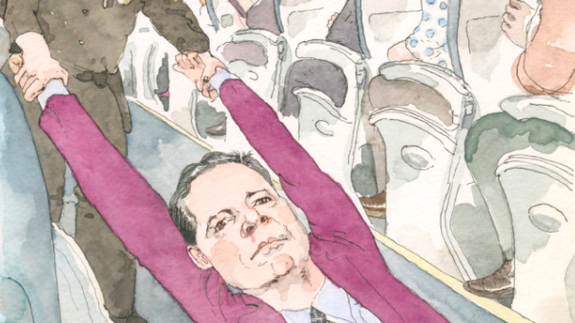 The New Yorker has capped off an insane week — and it’s only Thursday — with preview of next week’s issue. And it’s absolutely brutal. Take a look:

An early look at next week’s cover, “Ejected,” by Barry Blitt: https://t.co/HJUOYaH8qk pic.twitter.com/kCAqsAOUn5

The cover features recently fired FBI Director James Comey in a purple suit with blood dripping ever-so-slightly from his nose as he’s dragged off a plane in a way that can only be called “United-style.” The dragger? None other than Jeff Sessions, the U.S. attorney general who was supposed to have recused himself from anything Russia investigation related, clad in full law enforcement uniform.  Read more…