The nearly extinct white rhino might live on, thanks to lab-created embryos 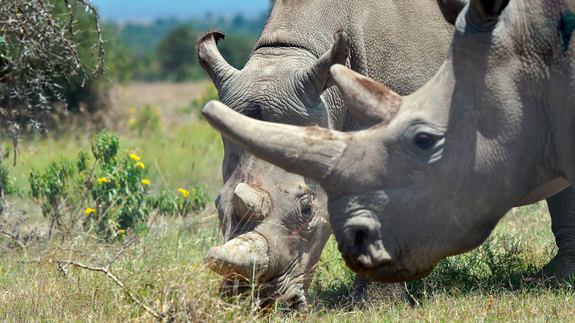 Humanity may be able to save the northern white rhino after all, thanks to scientists who managed to create two in vitro embryos.

When Sudan, the last male northern white rhino left at the Ol Pejeta Conservancy in Kenya, died in 2018, the two female rhinos Fatu and Najin were the only ones left of their species. Since they couldn’t procreate, it seemed to be only a matter of time before the species would go extinct.

But on Wednesday, there was a breakthrough. An international consortium of scientists announced that they’d successfully extracted immature eggs from Fatu and Najin, and then airlifted them to Avantea laboratory in Italy.  Read more…