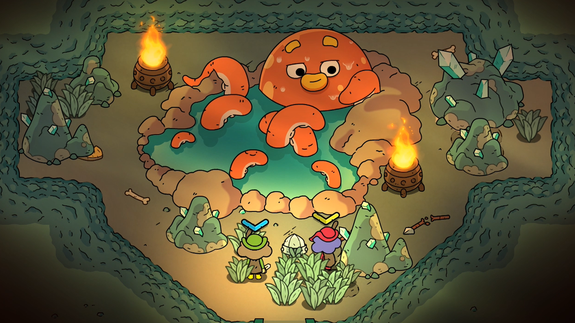 E3 showcased a ton of big video games made by big studios with budgets in the millions — like Super Mario Odyssey and Assassin’s Creed Origins — but those weren’t the only titles worthy of our attention. There were a handful of breathtaking indie games that deserve the spotlight, too.

This E3’s stock of indies had some undeniably charming, thought-provoking, and intensely action-packed selections spanning all sorts of genres. These are the ones that stood out as some of the best of E3 2017.

The Swords of Ditto

You are the hero in the adorable, procedurally generated land of Ditto. In a nod to The Legend of Zelda: Link’s Awakening, you wake up on the beach and dive right into your adventure in The Swords of Ditto, tackling dungeons, gaining new items, and battling enemies until you’re ready to take on the evil Mormo. If you die, though, you’re gone for good, and you’ll have to try again as a new hero.  Read more…