‘The Meyerowitz Stories’ is the best film Adam Sandler’s been in for a long, long time 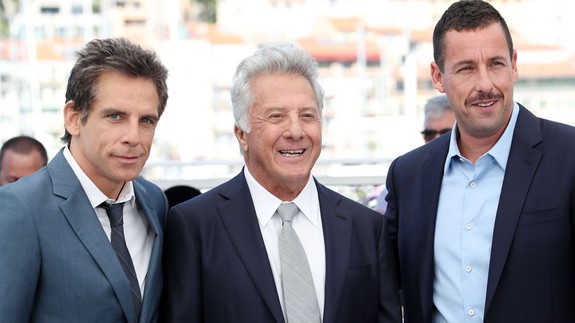 If there’s one thing people have been talking about a lot at Cannes this year, it’s Netflix.

The distributor’s inclusion in the festival’s main competition has kicked off a huge back-and-forth debate — stoked by comments from jury members Pedro Almodovar and Will Smith — that doesn’t look like it’ll be dying down anytime soon.

Now that their two films have been shown, one thing is clear: whether you agree or disagree with them being here, Netflix has certainly brought something special to the festival.

The Meyerowitz Stories, which was shown on Sunday, is Netflix’s second film In Competition. It’s moving, it’s funny, it’s incredibly well written, and — perhaps most memorably — it’s a reminder of just how damn good Adam Sandler can be when he’s cast in the right role. Read more…