The latest self-driving project is your friendly neighborhood garbage truck 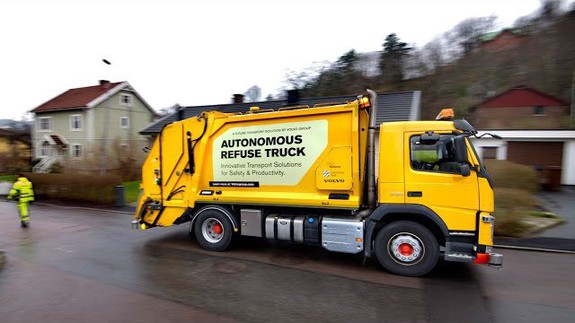 Not to be outdone by the likes of Uber and Waymo, Volvo has now outlined one of its own autonomous vehicle projects in Sweden: a self-driving garbage truck.

SEE ALSO: Mercedes-Benz is coming after Uber with autonomous robo-taxis

Like Uber Freight, the project is another effort to extend self-driving technology beyond just shuttling people around in self-driving taxis.

There’s still plenty of human interaction with the truck. After all, someone has to line up the garbage cans for the vehicle — because you sure don’t when you’re rushing your trash out the door on your way to work.  Read more…

More about Volvo, Garbage, Self Driving Cars, Tech, and Transportation