The key to getting gender equality in the Constitution may be … memes? 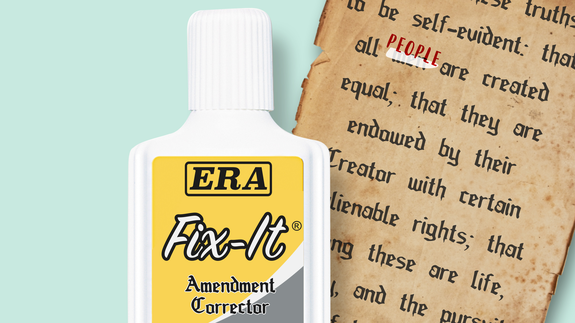 If you love gender equality and can’t get enough of clever internet memes, then the #passtheERA campaign is perfect for you.

The digital initiative wants to wipe the dust off an old idea and make it feel fresh to a generation that may not realize gender equality isn’t enshrined in the nation’s Constitution. It plans to do this by appealing to younger Americans in their native language: memes.

One image features Supreme Court justice and feminist hero Ruth Bader Ginsburg with a small asterisk in the corner that reads: “is not equal to men in the eyes of the law.” Another image simply presents the text: “Dear Thomas Jefferson, you forgot something.”  Read more…