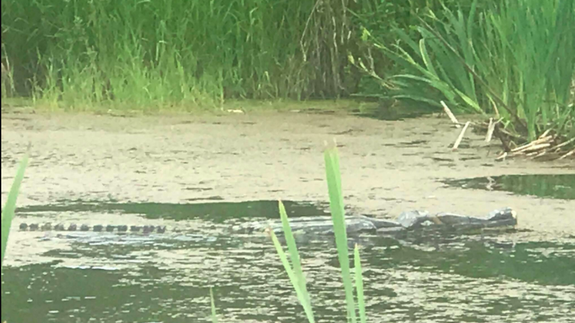 This is definitely a picture of a crocodile right? You can see the head, the nose, the tail, even the scales.

Well, don’t let your eyes deceive you. The photo was taken in Surrey, British Columbia, and crocs definitely don’t (usually) live in Canada.

So if it’s not a croc, then what is it? The Surrey Royal Canadian Mounted Police has the answer.

SEE ALSO: Everyone fell for this fake story about a pastor eaten by crocodiles

Another croc sighting called in this weekend in the marsh off of Hwy 17 & 104 Ave. It sure looks like one, but it’s commercial truck tire! pic.twitter.com/Gspwtz409f