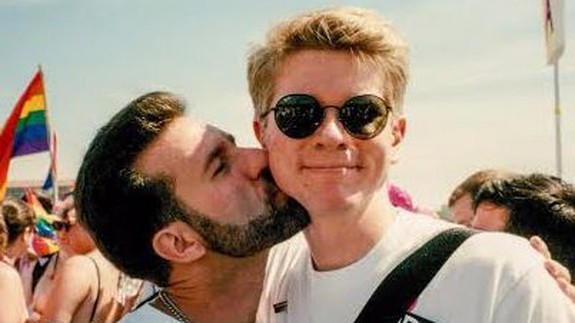 SEE ALSO: These poignant signs show what the Equality March is really about

Nicholas, on the left, told Mashable that the first photo was taken at the March on Washington for Lesbian, Gay, and Bi Equal Rights and Liberation in 1993 when he and Kurt rallied alongside 1 million other people.

Based on a friend’s suggestion, the couple recreated the photo this year at the Equality March for Unity & Pride. And it’s pretty apparent that the love between Nicholas and Kurt is still strong as ever. Read more…