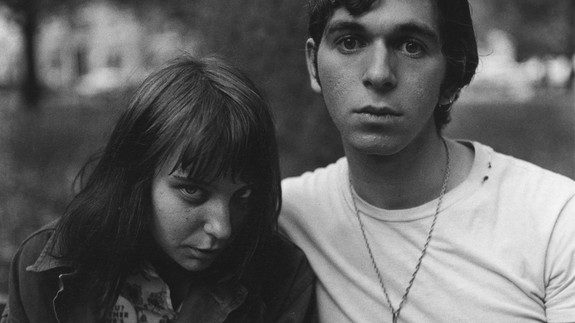 Image: © The Estate of Diane Arbus

Diane Arbus received her first camera as a honeymoon gift from her husband, with whom she ran a successful fashion photography business for almost a decade.

In 1956, restless and unfulfilled, she fled the confines of the commercial studio and took to the streets, first with a 35mm Nikon and later with a medium format twin-lens reflex camera.

Some of the richest grounds for photographic encounters were the city’s public parks, where Arbus prowled the lanes and lawns with her camera and flash, hunting for the strange, melancholy, and striking subjects that would come to define her style. Read more…