The Green New Deal: Historians weigh in on the immense scale required to pull it off 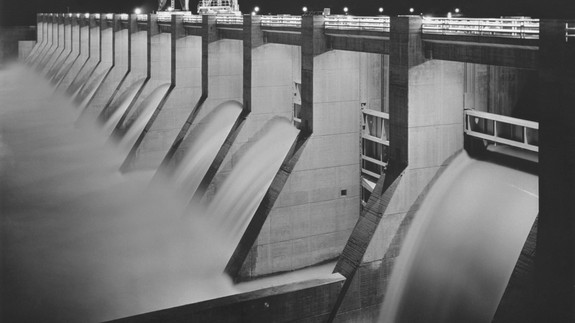 In an attempt to cure his paralysis, a 42-year-old Franklin D. Roosevelt began to visit Warm Springs, Georgia in the mid-1920s, soaking his weak legs in the town’s soothing mineral waters. It was here that Roosevelt — who in less than a decade would become President of the United States — would see a part of the nation new to him.

And it was miserable.

“He saw the reality. He had never seen poverty like that. He saw a family of eight living in a tar paper shack, farming on depleted soil,” Paul Sparrow, director of the Franklin D. Roosevelt Library and Museum, said in an interview.

Roosevelt never could cure his late-onset paralysis. But FDR would heal many of the economic plagues of the nation with a massive government-funded work mobilization: the New Deal. By the early 1930s, the woes Roosevelt saw in the South had become pervasive after the Great Depression set in. “People were starving in the streets,” said Sparrow.  Read more…