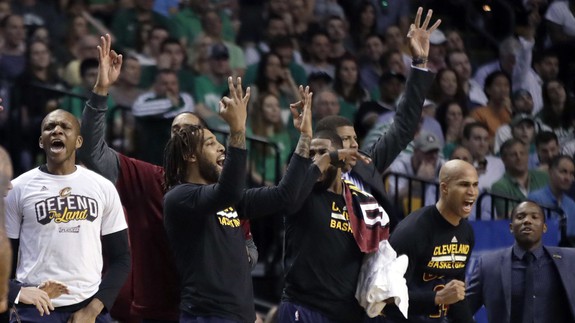 After getting smoked in Oakland for the second straight NBA Finals game on Sunday night, the Cleveland Cavaliers’ locker room reportedly sported a very distinct smell.

No, not the stench of a loss. The smell of marijuana.

Cavs locker room has a strong reefer aroma to it tonight. Hey, it’s Cali. You’re down 2-0 and it’s all about pain control#NBAFinals