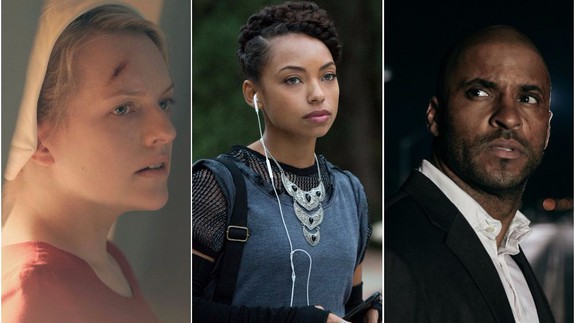 We’re at the halfway point of 2017, so all this week Mashable entertainment will be rolling out our 8.5 (Get it, half of ’17?) picks for the best of the year – so far! – in movies, TV, music, and more. It’s our eight best picks for you, along with a bonus choice that, while not strictly one of the greats, deserves a guilty pleasure mention. Enjoy.

The best show of the year so far is also the hardest to watch, but don’t you dare look away. While seeing women being stripped of their rights sadly isn’t a far-fetched concept right now, no other series has captured the zeitgeist in such an effective way — its impact can be seen all around us, from public protests across the country to a mansplaining Saturday Night Live parody. Confrontational, horrifying and beautiful in equal measure, Hulu’s Handmaid’s Tale is both a timely parable and an electrifying call to action against the evil that is allowed to flourish when good people do nothing. What could be more vital? Read more…