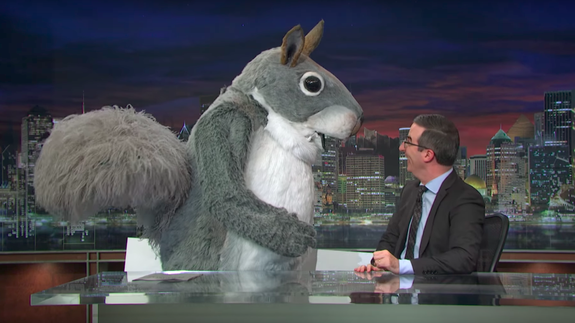 John Oliver is facing the legal wrath of a lawsuit-happy coal baron after a brutal segment in which the host tore into the American coal industry.

It didn’t exactly come as a surprise; in fact, Oliver more or less dared the notoriously litigious coal boss by mocking an earlier cease-and-desist letter from his company on the show. And at least one first amendment lawyer has said Murray doesn’t have much of a leg to stand on. Read more…