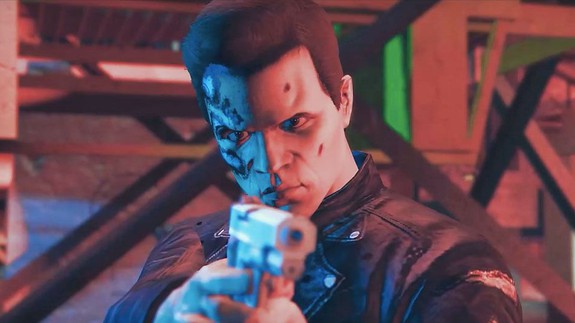 There are Terminator movie fans and then there are beautiful maniacs like this guy who recreated the entire Terminator 2 movie using Grand Theft Auto V.

We already know that the GTA modding community is incredibly creative, but the dedication and attention to detail required by this project is mind blowing. Just about everything is there: the motorcycle chase, the flashback scenes to the robot resistance led by John Connor, the Terminator’s nude time travel arrival, and even the liquid metal effects of the new, improved T-1000 Terminator.

Put together by a Moscow, Russia-based YouTube user calling himself Kramer’s Media, the film lasts about an hour, so it’s not an exact, minute-by-minute duplicate of the original. Nevertheless, with all the major plot points intact, this may rank as the greatest GTA mod ever made. Give this guy a movie script and some real humans, I think he’s ready for Hollywood.  Read more…