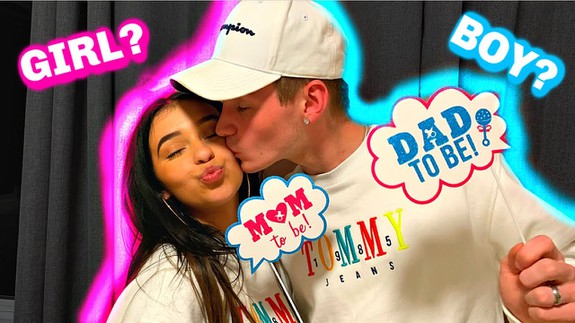 Two teenage YouTubers were the subject of concern this week after they announced they were expecting a baby and had gotten “married” in Las Vegas. After dragging their followers through a four-part, monetized series, they revealed that it was just a “prank” and issued a very YouTuber non-apology for coming off as insensitive.

Danielle Cohn, who goes by Dani, is 15 years old. Her boyfriend and fellow influencer, Mikey Tua, is 16. After dropping cryptic hints throughout the weekend, Mikey posted a hidden camera video of the couple telling their families that Dani was pregnant.

They raised eyebrows when the two posted a later video of their “wedding” in Las Vegas — which Dani’s mother clarified in a statement to BuzzFeed as only the two making a “promise” since Dani is too young to be legally married, even with parental consent. In the third installment, they visited a questionable doctor’s office for an “ultrasound” to find out the sex of the hypothetical baby and listen to Mikey’s father lecture them on responsibilities.  Read more…