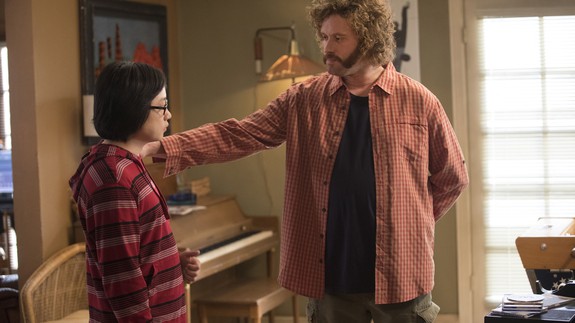 The Bachmanity Insanity is officially over.

Silicon Valley is saying Avia-dios (get it, like Aviato and adios? Oh, never mind!) to star T.J. Miller for the show’s upcoming fifth season, Mashable has confirmed.

HBO renewed the Emmy-winning comedy — along with Veep — for a new season on Thursday, shortly before news broke that Miller would not be returning after the conclusion of Season 4.

BOOM: T.J. Miller will not be returning for the new season of @SiliconHBO, @vulture has learned. HBO says it was a “mutual” decision

“The producers of Silicon Valley and T.J. Miller have mutually agreed that T.J. will not return for Season 5. In Erlich Bachman, T.J. has brought to life an unforgettable character, and while his presence on the show will be missed, we appreciate his contribution and look forward to future collaborations,” HBO said in a statement.  Read more…