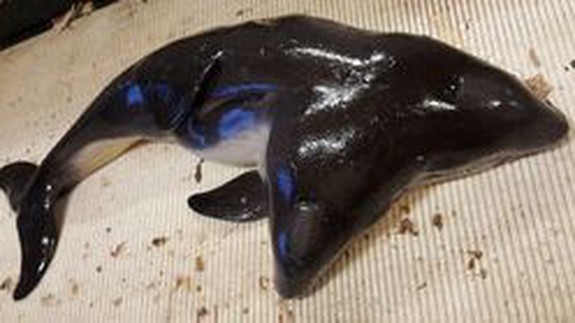 A fishing vessel in the North Sea between the UK, the Netherlands, and Scandinavia found quite the catch last month: the first-ever documented two-headed harbor porpoise.

Dutch trawler caught a siamese porpoise calf yesterday. Fishermen threw it back overboard in fear of prosecution, so no chance for researchpic.twitter.com/9XrwqKMnLI

The dead conjoined porpoise twins were caught up in the GO9 Onderneming fishing vessel’s trawl net on May 30, according to the Natural History Museum of Rotterdam’s journal Deinsea.

SEE ALSO: Leonardo DiCaprio and Mexico team up to save the cutest little porpoise ever Read more…