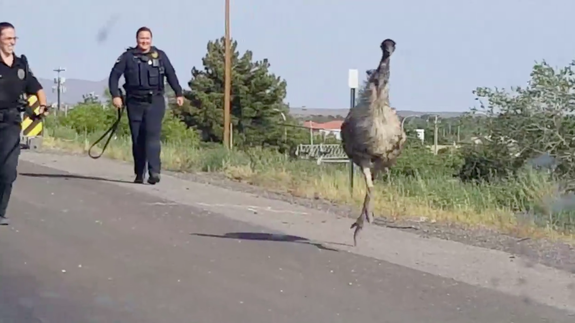 Things they don’t teach you when you learn how to drive: What to do if you see an emu running on the highway.

And yet that’s exactly the situation these New Mexico motorists found themselves in when they came across this strange scene involving various law enforcement officers trying to capture a very frightened emu.

SEE ALSO: Watch an alligator chase a dude in a kayak

According to Las Cruces Sun-News, traffic was stopped by two truck drivers when they realized what was going on. And while the video ends with the emu still running free, Sun-News reports that it was eventually captured and is waiting in detention for its owners to pick it up. Read more…