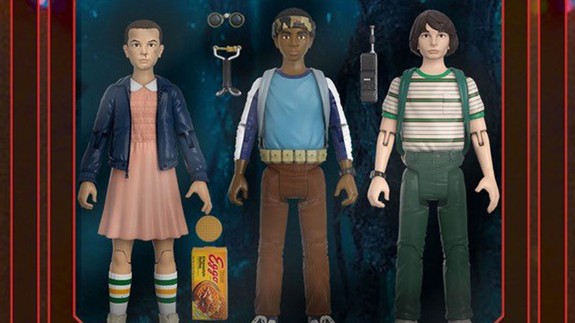 Since you’ve already binged Stranger Things twice, and played the VR game, the only thing left to do is to start making up your own stories using the new Stranger Things action figures.

Funko unveiled six official, Netflix-approved action figures for characters from the show including Eleven, Lucas, Mike, Will, Dustin, and the Demogorgon.

All clad in the outfits they wear in the series, the ’80s-themed action figures even sport the Adidas and Puma gear seen in the show. But aside from retro fashion, one particular branding addition will stand out for hardcore fans: Eggo waffles.  Read more…