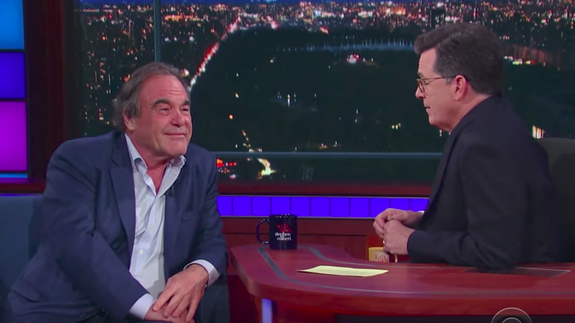 It shouldn’t be surprising in this current political climate that Oliver Stone’s four-part Showtime series about Russia’s leader, Vladimir Putin, hasn’t had the warmest of receptions.

Stephen Colbert is more known for his quips, but a meeting with Stone on The Late Show on Monday proved too irresistible for the host. Colbert asked the director if he was “cosying up” to what some would call a dictator.

“You know, you have to be polite because this was a two-year deal, and it was four times, and I was with him numerous times,” Stone explained.

Colbert admittedly hadn’t watched the series yet, but asked Stone what would surprise him about Putin when watching it. Read more…