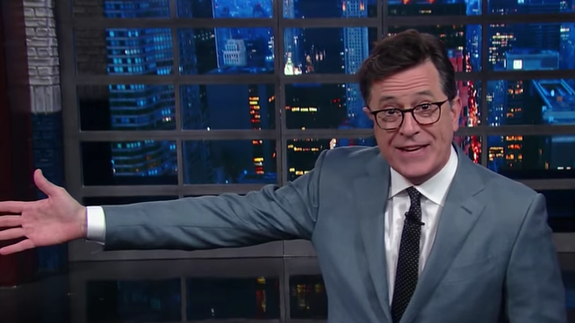 Morale at the FBI isn’t so high right now, and it’s not just because of James Comey’s firing, says Stephen Colbert. It’s because of how Trump did it — by sending his private security guard to deliver the news in a manila envelope.

And this “thuggish and humiliating” methodry reminded one senior intelligence official of a particular scene from The Godfather. “I think that was designed to send a message: Cut this shit out, or this will happen to you. This is like horse head in the bed,” he told NBC News.