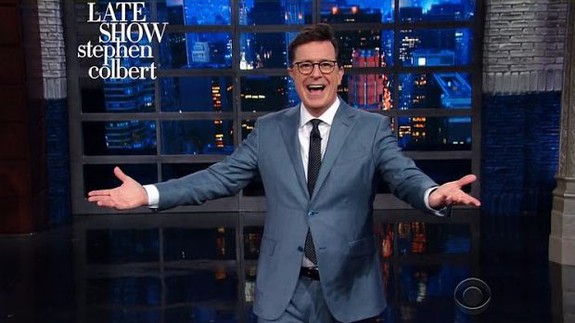 In an interview with Time, the president of the United States lashed out at The Late Show host, calling him “no-talent” and “filthy” following Colbert’s controversial May 1 monologue.

And naturally, Colbert had some thoughts, Colbert-style.

“The president of the United States has personally come after me and my show, and there’s only one thing to say … yay!” Colbert said, giggling and clapping hands together.