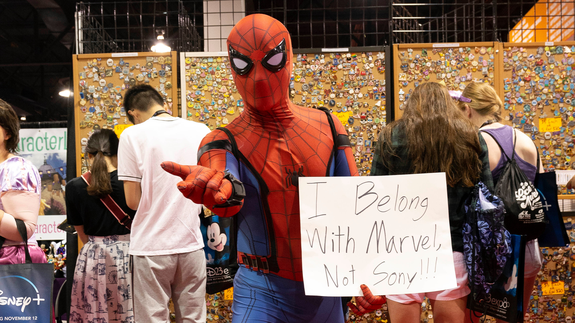 Spider-Man might be back in the hands of Sony, but Marvel stans stan on.

Disney’s biennial D23 Expo happens to fall just days after the not-yet-entirely-official-but-still-real-enough news that Marvel and Sony have parted ways on their joint Spider-Man endeavor. And judging by the fans on social media, many are still healing from those still-fresh wounds.

One dedicated Spider-stan took the time to arrange a small memorial outside the Anaheim Convention Center, where D23 unfolds. It’s a small gesture that’s made a big splash among fans online.

Here’s another, photographic look at that cute memorial: Read more…