SpaceX sticks its 2nd rocket landing in 48 hours, and oh just take us to orbit already 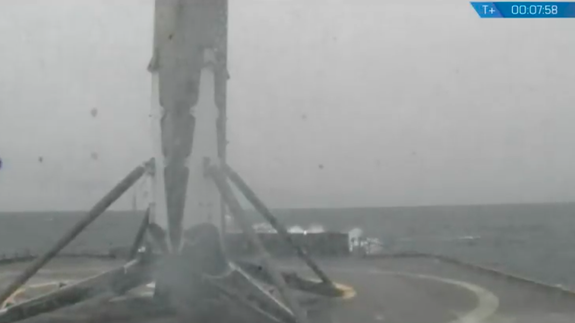 SpaceX just performed its 13th rocket landing back on Earth after launching 10 communications satellites on their way to orbit on Sunday at 4:25 p.m. ET from California’s Vandenberg Air Force Base.

The Falcon 9 rocket booster — equipped with brand new titanium fins for landing — touched down on a drone ship in the Pacific, making it the eighth such successful ship landing in the company’s history, with the other 5 landings occurring back on a pad on solid ground in Florida.

SEE ALSO: SpaceX’s second launch-and-land of a used rocket was a nail-biter

This also marks the Elon Musk-founded company’s second rocket launch and landing in 48 hours, and ninth launch this year. SpaceX also brought back a Falcon 9 booster to a drone ship in the Atlantic on Friday afternoon.  Read more…