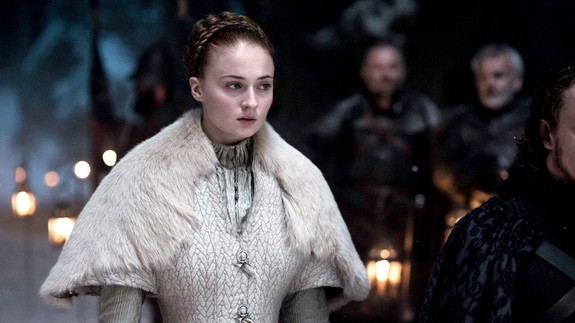 Of all the characters in Game of Thrones, perhaps none have been the focus of as much controversy as Sansa Stark.

SEE ALSO: Here’s how they make the ‘Game of Thrones’ music so spine-tinglingly epic

The ongoing discussion about the show’s use of sexual violence boiled over in Season 5, when Sansa was raped by Ramsay Bolton after being forced to marry him.

Fans threatened to quit the show. Critics picked sides and wrote thinkpieces about it. And the cast and crew have been left to defend their views ever since.

In fact, they’re still getting asked about it. In a wide-ranging Time story about the imminent return of the HBO series, Sophie Turner – the 21-year-old actress who plays Sansa – suggested the controversy generated by that infamous rape scene could be the start of an important conversation.  Read more…