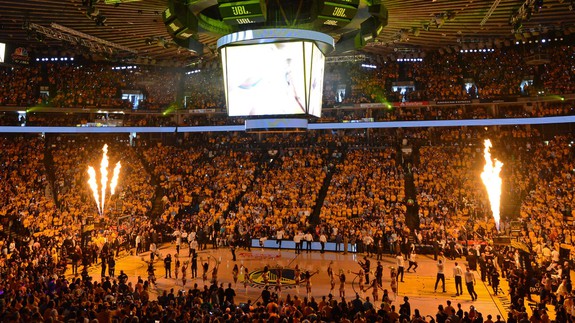 Someone just threw down that hefty chunk of change for a pair of tickets to Monday night’s NBA Finals Game 5 in Oakland, according to multiple reports.

A report from ESPN.com, later confirmed by USA Today Sports, did not identify the buyer. But he or she apparently made the big purchase Sunday night through the Warriors’ ticket resale site, which is run by Ticketmaster.

Last November a Chicago Cubs fan paid $47,000 for a pair of tickets to Game 7 of the World Series, which the Cubs won to end a historic drought.  Read more…