Someone finally beat Trump at his handshake game 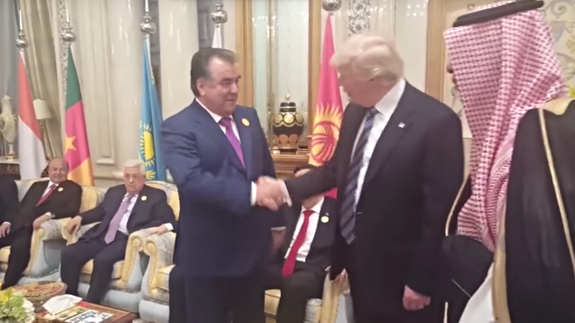 President Donald Trump has become infamous for his handshaking technique, but finally, he may have met his match.

Thanks to Trump being in the public eye for so long, documentation of his “yank and pull” style handshake is vast. Some think it’s a power play, others believe he’s just being a jerk.

But alas, it appears as if Trump has met his match. The president of Tajikistan, Emomali Rahmon, met with Trump on Sunday at a summit in Riyadh, Saudi Arabia, and he was not taking any of Trump’s tugging lightly. Rahmon yanked back, turning the already awkward shake into a 7-second game of tug-of-war. Read more…