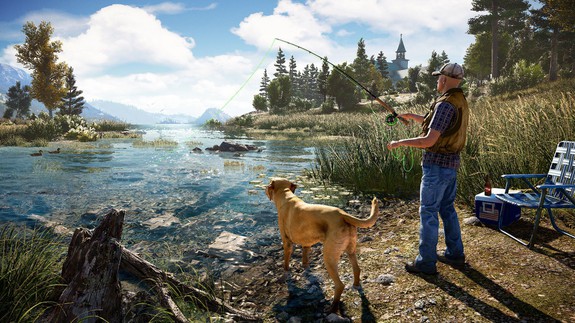 If you don’t like what Ubisoft is doing in Far Cry 5, petitioners, why not just go and make your own game?

For anyone who’s not caught up: Earlier in May, Ubisoft announced that Far Cry 5 would be heading to the series most exotic locale to date — a cult-occupied county in the U.S. state of Montana. Much like the previous games, you’ll run around an open world environment gunning down armies of natives.

SEE ALSO: ‘Far Cry 5’ will take place in an unsettling version of Montana

In past games, all set outside the U.S., “natives” amounted — primarily — to varying shades of non-white skin colors. In Far Cry 5, the leaders of the cult that we’ve been introduced to are all white. For all anyone knows, there are non-white cultists as well. The game isn’t out until early 2018. Read more…