‘Smash Bros.’ player busts his foot up after celebration goes too far 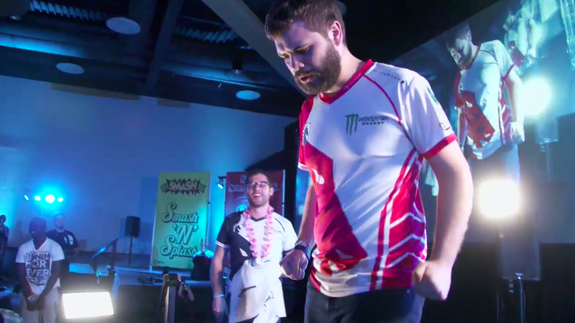 After winning a match against the top ranked Super Smash Bros. Melee player in the world on Sunday, Juan “Hungrybox” Debiedma popped out of his chair in excitement, slapped a CRT television, and kicked the chair he just knocked over.

Two days later, he tweeted this picture of his foot:

Me: so is it broken

Doctor: no breaks or fractures, just heavy tissue damage so let it rest

Doc: ur dumb as fuck tho

Hungrybox, clearly thinking he may have broken his foot while celebrating his victory over Adam “Armada” Lindgren at Smash ‘N’ Splash 3, went to the doctor to get it checked out. Luckily he didn’t break or fracture any of his bones, but he did cause some heavy tissue damage to himself and has to give the foot some rest in a walking boot. Read more…