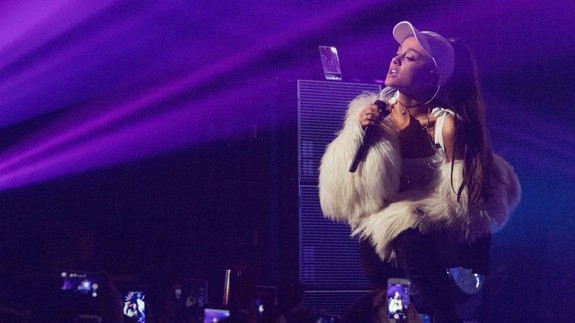 Several people have died and more are injured after an explosion reportedly rocked Manchester Arena in the UK at the end of an Ariana Grande concert Monday night.

Videos on Twitter showed concertgoers running from the stands and screaming as police warned people to avoid the area.

Emergency personnel were on the scene outside.

Greater Manchester Police warned people to stay away from the area just before 11 p.m. local time and armed police were pictured on nearby streets shortly afterwards. Read more…