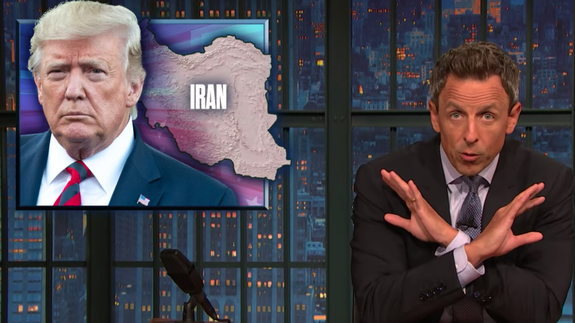 “Oh my god, the fake news is coming from inside the house!”

In Monday night’s Closer Look, Seth Meyers traces the issues with the White House’s casual relationship with the truth all the way from Sharpiegate and Mike Pence’s assertion that a horse bit him, to Trump crying fake news on reports about a possible meeting with Iran literally just repeating what he himself said on camera. (He also connects the dots as to how all the Iran confusion has to do with appeasing Saudi Arabia.)

“If they’re willing to lie about something as dumb as a weather forecast or an interaction with a horse, what else are they lying about?” Read more…