SAVE $17.97: New and eligible returning Hulu subscribers can get their first three months of its ad-supported plan for just $1 per month through May 27. It usually charges $6.99 a month, so you’ll be saving 85%.

Now through Friday, May 27 at 11:59 p.m. PT, you can get your first three months of the streaming service’s ad-supported plan for just $1 per month. (Note that the offer is only open to new and eligible returning Hulu subscribers, the latter being anyone who’s canceled a plan at least a month ago.) That’s a whole 85% off its standard monthly price of $6.99, and likely the cheapest rate you’ll find outside of its usual Black Friday promotion.

Hulu offers an unbeatable value as far as streaming services go even when its plans aren’t on sale, with a library of thousands of TV shows and movies that includes must-see originals like Conversations with Friends, The Dropout, Pam and Tommy, and Only Murders in the Building. (Hulu is now the only place where you can get your Kardashian-Jenner fix, too, FWIW.) Subscribers have the ability to create up to six user profiles and watch on any TV, laptop, phone, or tablet for on-the-go entertainment.

If you sign up, be sure to visit hulu.com/pcgamepass at some point before July 23 — that’s where you can claim three free months of PC Game Pass as part of Hulu’s new partnership with Xbox.

Your Hulu subscription will renew at the regular $6.99-a-month rate as soon as those three $1 months are up, so be sure to cancel your plan before then if you don’t want to shell out more. 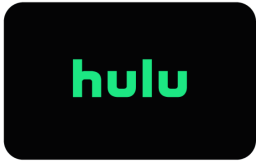 UPDATE: May. 20, 2022, 1:18 p.m. EDT This story was updated after Mashable confirmed with Hulu that subscribers who sign up for its National Streaming Day deal are eligible for its PC Game Pass promotion.