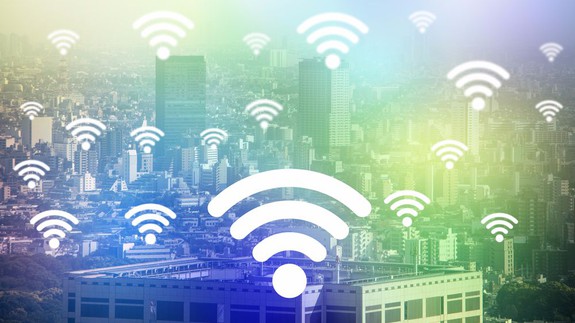 Wi-Fi is everywhere — and as the electromagnetic waves are beamed out from routers to connect our devices to the internet, they also travel through empty space, around corners, and even through walls.

A pair of German researchers have developed a method to harness Wi-Fi signals to capture 3D hologram images of objects around a network, even through solid barriers like doors and walls. The key is recording the shapes made by stray radiation, the electromagnetic waves that bounce off objects as they travel through the air.

The research behind the 3D-imaging method, which started as an undergraduate thesis project before being fleshed out into a larger study, was originally published in the Physical Review of Letters earlier this month. The technique described in the study was able to provide images as often as 10 times a second and recreate the contents of an entire building in a large-scale simulation.    Read more…