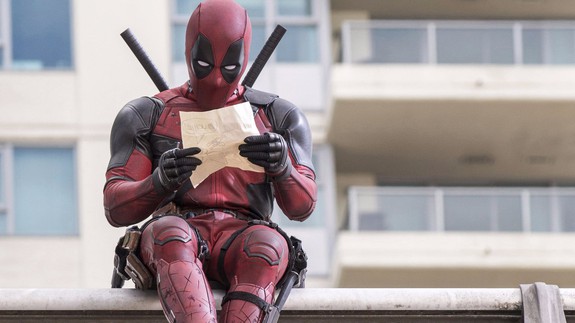 We’ve known for ages that there will be a Deadpool sequel, but thanks to star Ryan Reynolds we know it’s finally happening.

Reynolds posted an Instagram photo on Tuesday of the slate for Deadpool 2, just after wrapping his first day back on set.

SEE ALSO: ‘Deadpool’ is getting an adult animated series and Donald Glover’s running it, OMG OMG

If you follow Reynolds on social media, particularly on Twitter, you know he’s got a flavor for sarcasm and humor — but his Deadpool post was as sincere as it gets.

The sun sets on day 1. Feels good to be back. This dog can hunt.