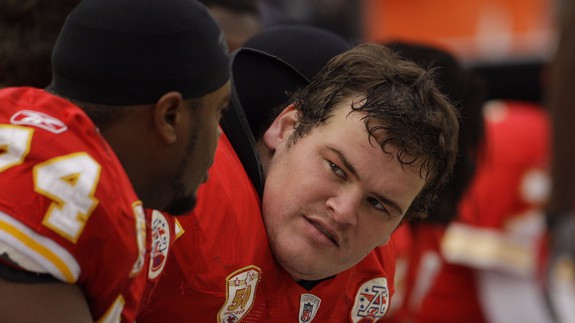 The former New England Patriot and Kansas City Chief says he was planning to kill himself when his NFL career ended, after spending years hiding his sexuality from the world while playing a macho, brutal sport.

SEE ALSO: The NBA off-season’s beautiful madness just might be the best thing in sports

O’Callaghan shared his journey in a story by the website Outsports.com. The piece by Cyd Zeigler tells how O’Callaghan realized he was gay in junior high school, around the same time he picked up football. But he figured his secret was safe as long as he carried the reputation of a macho football player — which is why he planned to attempt suicide when his playing days were done.  Read more…