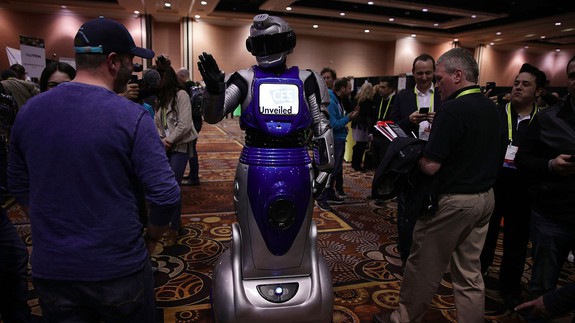 Robots are coming for retail jobs.

In-store automation threatens to kill four in 10 positions in the retail sector throughout the next decade, according to a new study.

That could add up to 7.5 million lost jobs—proportionally a much bigger hit than even manufacturing took when automation devastated its labor market, according to Cornerstone Capital Group, the bank behind the report.

SEE ALSO: Trump’s treasury secretary is ‘not worried at all’ about job-killing AI

It’s not as if retail workers don’t have enough to keep them up at night. Hundreds of store employees have lost their jobs over the past few years as online shopping and excess store space plunge the traditional retail industry into choppy waters.  Read more…