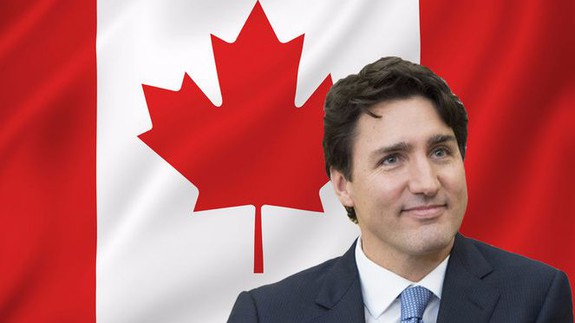 To celebrate Canada Day 2017, which marks 150 years since the country’s founding on July 1, 1867, please allow us to reminisce fondly on Justin Trudeau’s year in the spotlight.

In the midst of America’s own political dumpster fire, Canada’s prime minister has captured hearts and inspired joy with his charming demeanor and undeniably adorable antics. We thank him for this.

SEE ALSO: Justin Trudeau, Sophie Turner, and the cast of ‘X-Men: Dark Phoenix’ all ate oysters together. Sure.

Of course, we’re aware that some of Trudeau’s actions may also be not-so-coincidentally great photo opps, and there’s no denying he’s had some major Tru-don’t moments, like the time he called Fidel Castro a “remarkable leader.”  Read more…