Rihanna was the MVP of Game 1 of the NBA Finals 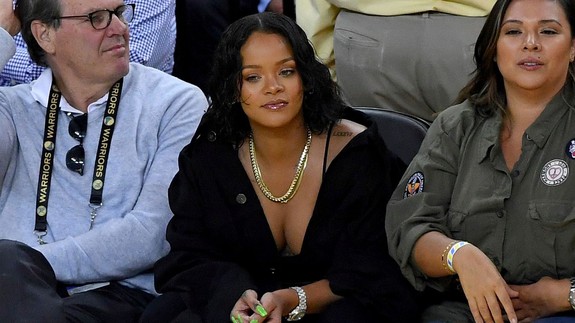 Noted LeBron James stan Rihanna brought her A-game to Game 1 of the NBA Finals, even as her hero’s team fell short.

As the Cleveland Cavaliers faced off against the Golden State Warriors, the singer sat court-side heckling Kevin Durant, bowing to James and dabbing at anyone who dare question her.

SEE ALSO: The NBA is a cold business, a story in 2 tweets

It was a delight.

Durant vs. Rihanna is the main event. KD drills 3 and stares her down into oblivion ?? pic.twitter.com/NS3TfvINmE