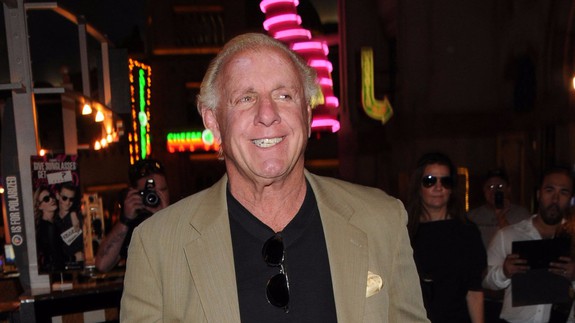 Retired WWE star Ric Flair, a noted fan of the Cleveland Cavaliers, apparently found occasion to combine his past career with his current fandom by pummeling a Golden State Warriors supporter.

Then he gave Rihanna shout-out on Instagram, as one does in such situations.

Flair on Monday posted an Instagram photo in which his nose appears cut and he wears a cast on his right hand and wrist.

One Warrior Fan down! Left hand still good…Be in the Land on Wednesday! Rihanna, Move over and Let the Naitch show you how it is done! No Pain No Gain! Lets do it Cavs…..WOOOOO! @cavs