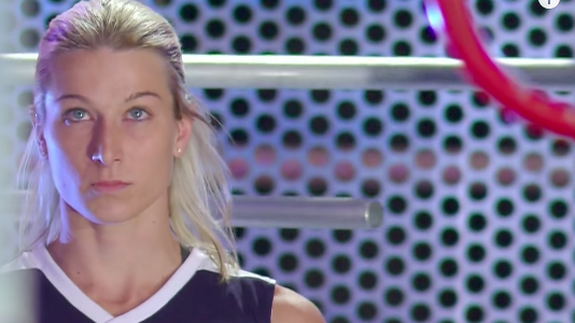 Warning: You’re gonna want to hit the gym after watching this awesome triumph.

In Stage One, Jessie was disqualified during the Snake Run, but when her team gave her the opportunity to compete in Stage Two, she certainly redeemed herself.