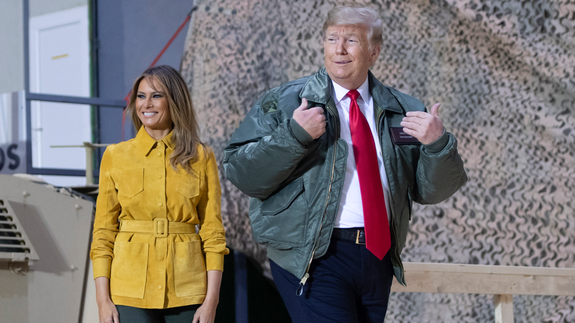 Entertainment’s most dishonorable honors are back and this time their public shaming is focused on the White House.

Mocking the worst of the worst in last year’s cinema, the 39th Annual Razzie Awards announced their nominees today with President Donald J. Trump notably front and center. Nominated for his “roles” in documentaries Fahrenheit 11/9 and Death of a Nation, Trump is in the running for 2018’s Worst Actor as well as half of 2018’s Worst Screen Combo. (The other half? “His Self Perpetuating Pettiness.”)