Raids are coming to ‘Pokémon Go’ 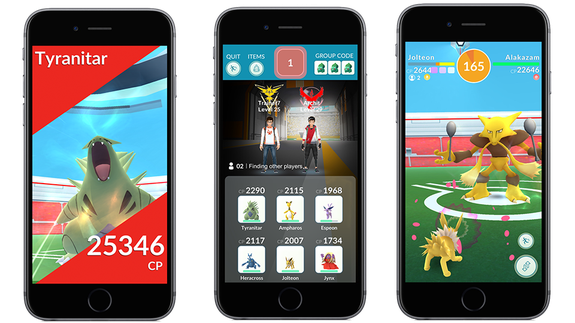 For its first birthday — can you believe it’s almost been a year? — Pokémon Go is getting a massive update. With it comes a revamped Gym system and…raids!

SEE ALSO: A major new ‘Pokémon Go’ update is on the way

Under the shade of some trees just outside the Los Angeles Convention Center last week, I got a tour of the new features coming in the Pokémon Go updates that will be slowly rolling out as of today.

In an attempt to balance Gyms, Niantic will be introducing a few changes, summarized in these two paragraphs from a press release:

You’ll be able to see all six defending Pokémon in one shot, as opposed to the current Gym system which has players swiping through them one at a time. Of the six, each has to be of a different species to ensure variety in each Gym.   Read more…