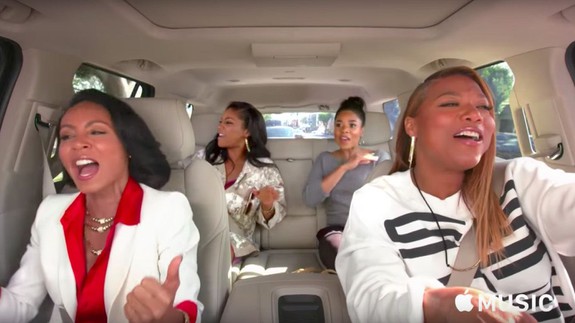 James Corden’s Carpool Karaoke is getting its own Apple Music series and we’re thrilled about it.

The Late Late Show host teased the new show with the release of this amazing preview featuring the cast of the new summer comedy, Girls Trip.

In the video above, Queen Latifah and Jada Pinkett Smith pick up their Girls Trip cast mates Regina Hall and Tiffany Haddish for a joyride around Los Angeles. The actors take the opportunity to promote their new film. With megaphones and T-shirt cannons in hand, they tell random pedestrians to go see the film… and have a cannon misfire or two while they’re at it. Read more…