Pride and zombies: This ‘Walking Dead’ cover is a damned delight 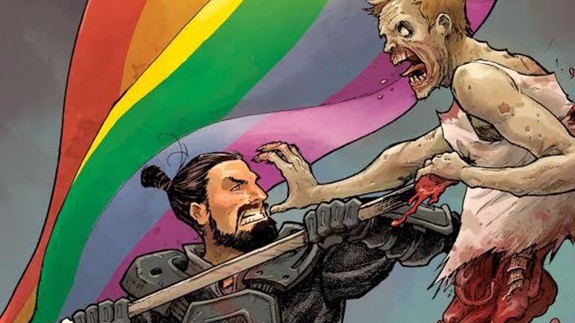 If you’ve always wanted to see a zombie impaled by a Pride flag, today is your lucky day.

That’s right: this is a gay character named Jesus, and he’s a complete badass. One look at this cover should tell you that: